Back 4 Blood: Children of the Worm Expansion Review

The second Back 4 Blood expansion has arrived. The first expansion was… well, awful. It added a new, way-too-challenging, optional section in existing levels. It was both frustrating and boring with very little reward. Fortunately, the folks at Turtle Rock Studios have given fans a much more enjoyable second expansion, which features a true expansion to the existing campaign. Children of the Worm is absolutely what this game needed and helped reinvigorate my excitement for Back 4 Blood.

Children of the Worm features a new faction in the battle between humans and the Ridden. Taking cues from The Walking Dead and its Whisperers storyline, this new faction consists of humans that appear to have been able to utilize the Ridden infection to enhance themselves, creating a sort of Ridden/Human hybrid. Throughout the campaign, you’ll encounter 4 of these new Children of the Worm, mixed in with all the Ridden you’ve encountered before. It’s up to the Cleaners to shut this new threat down.

Children of the Worm adds a brand new Act split into 6 chapters. Each chapter takes the Cleaners through 6 different levels as they work to stop a new threat. I was impressed with the diversity in the included areas, from the gorgeous-looking boat marina to the not-so-abandoned prison. However, there were issues holding this expansion back. First, most of the levels are littered with bear traps that will ensnare your player. They’re annoying and worse, never affect NPC or enemies. I understand traps add a level of intensity to the overall run, but if I’m being snagged by a bear trap for the second or third time in a level, I’m going to be annoyed. Second, despite all the content in this expansion, I never really felt like I was doing anything fresh. It’s still good, but I would have liked a couple of new, unique objectives.

The four new enemies you’ll tackle throughout the campaign will force players to modify their plan of attack. The Crone is a medium-range fighter that uses a bow and arrow. The Sniper is a deadly long-range fighter with a rifle. The Pusflinger throws vials of infected goo on the Cleaners, attracting hordes of Ridden. While the Slasher is an up-close-and-personal heavy fighter that uses his claws to inflict damage.

In addition to new levels and enemies, we’re also introduced to “Prophet” Dan, a priest-like figure who provided protection for his followers against the Ridden. When the Children of the Worm kidnapped his flock, he joined the Cleaners to help track them down. He brings some unique abilities to the mix. If other Cleaners are incapacitated, he’ll be briefly enhanced. When he revives a fellow Cleaner, strange things happen, such as piles of money appearing out of nowhere. If you can get past his obnoxious mustache, he’s a great addition to any Cleaner crew. 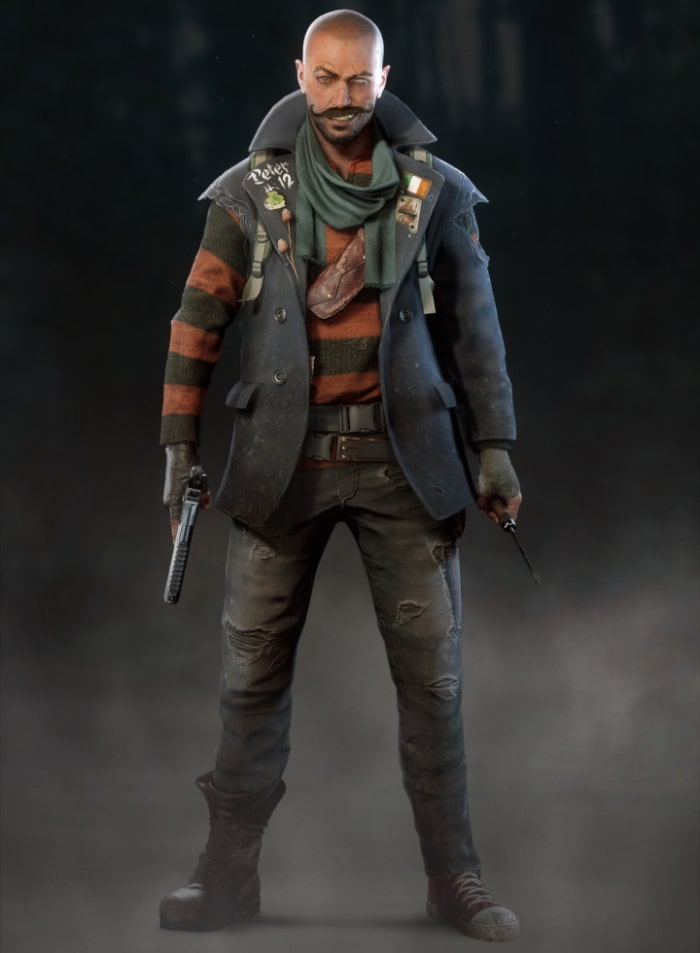 Children of the Worm has a few issues. First, and I’ve criticized Turtle Rock Studios for this before, they need to stop plastering “Press A To Skip” on every damn cutscene. Show some respect for your hard work. If folks want to skip a cutscene, they’ll press a button – and at that point, you can prompt them to hold a specific button. It’s an unnecessary distraction on otherwise beautifully crafted cutscenes. I also felt that the expansion ending was a bit abrupt and left me wanting more. If this was a cliffhanger to the third expansion, perfect. If not, then I’ll be pretty disappointed.

Solid Addition To Back 4 Blood

Children of the Worm is absolutely the type of expansion that Back 4 Blood deserves. It is substantially better than the awful first expansion. This expansion brings a new Cleaner, four new enemies, and six new levels to play through. The levels feel like they’ve been carefully constructed to showcase both the new enemies, especially the snipers, and the hordes of Ridden. There are some minor annoyances, such as a ridiculous overabundance of bear traps strewn about. However, all in all, this is a worthy addition to Back 4 Blood. If the third and final Back 4 Blood expansion follows this formula, we’re in for a treat.

***Back 4 Blood key provided by the publisher***