Releasing in theaters on October 28th before premiering on Apple TV+ on November 4th is the new drama ‘Causeway’ from Lila Neugebauer (‘Room 104’).

The film stars Oscar-winner Jennifer Lawrence (‘Silver Linings Playbook’) as Lynsey, a U.S. soldier who reluctantly returns home to New Orleans to live with her alcoholic mother (Linda Emond) after she suffers a traumatic brain injury during a tour in Afghanistan.

As Lynsey struggles to adjust to civilian life, she meets James Aucoin (Brian Tyree Henry), a car accident survivor and amputee that blames himself for a family tragedy. Soon, Lynsey and James become friends and help each other cope with their grief and try to move on with their lives.

First gaining attention for his role on the popular series ‘Atlanta,’ Brian Tyree Henry has gone onto appear in such successful films as ‘If Beal Street Could Talk,’ ‘Spider-Man: Into the Spider-Verse,’ ‘Joker,’ ‘Godzilla vs. Kong,’ ‘Eternals,’ and ‘Bullet Train.’

Moviefone recently had the pleasure of speaking to Brian Tyree Henry about his work on ‘Causeway,’ his character’s grief, the challenges of playing an amputee, James and Lynsey’s friendship, and working with Jennifer Lawrence. 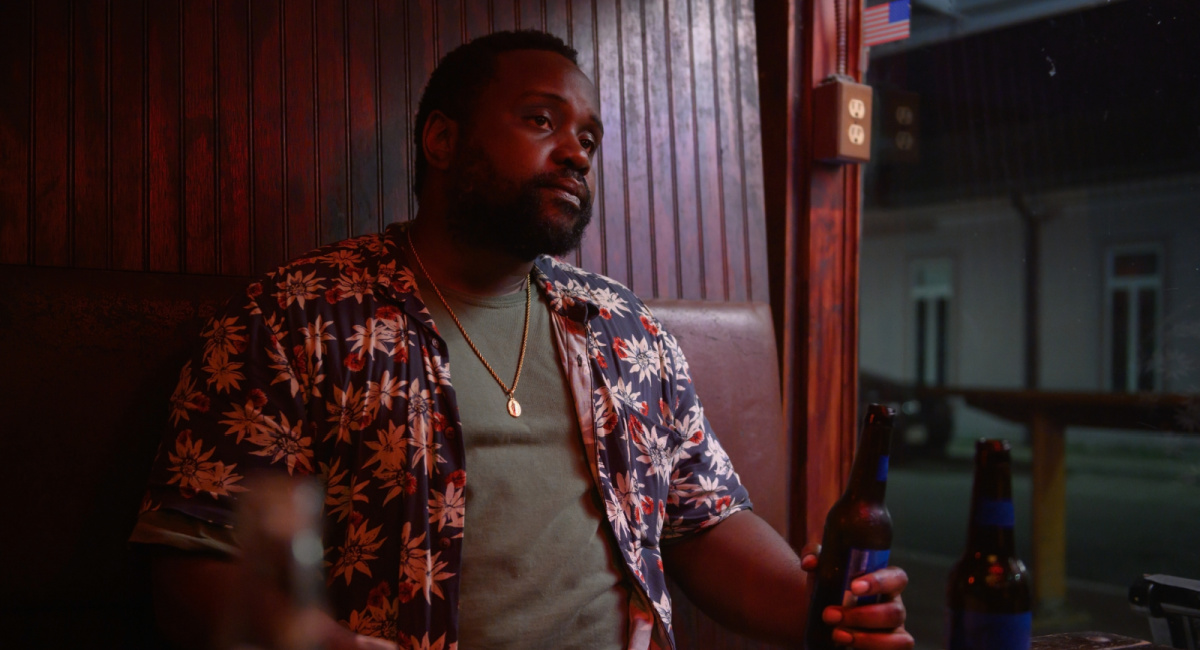 You can read our full interview below or click on the video player above to watch our interview with Brian Tyree Henry.

Moviefone: To begin with, can you talk about your approach to playing James, and embodying the grief and regret that he feels on a day-to-day basis?

Brian Tyree Henry: My approach? Well, I first wanted to just figure out a little bit about who he was, and where he came from, and why that grief was a part of his life. James, as you know, is from New Orleans. He was born and raised there, and suffered a great loss, and stayed there. I always wanted to really figure out what that was for somebody who suffered a loss that was in their home, or a place that they call their home and why they choose to stay there.

Is it because they feel like they deserve to go through this, that they deserve to have these reminders, or is it that there was no other way? I think that James is a little bit of both. I think that we find James in this place feeling like he deserves to stay where he was, especially with the loss that he suffered of losing his leg, which made it a little harder to run and leave. So, I think that I really wanted to just figure that out and get to the heart of what that meant for somebody who endured a great loss like that and chose to stay. 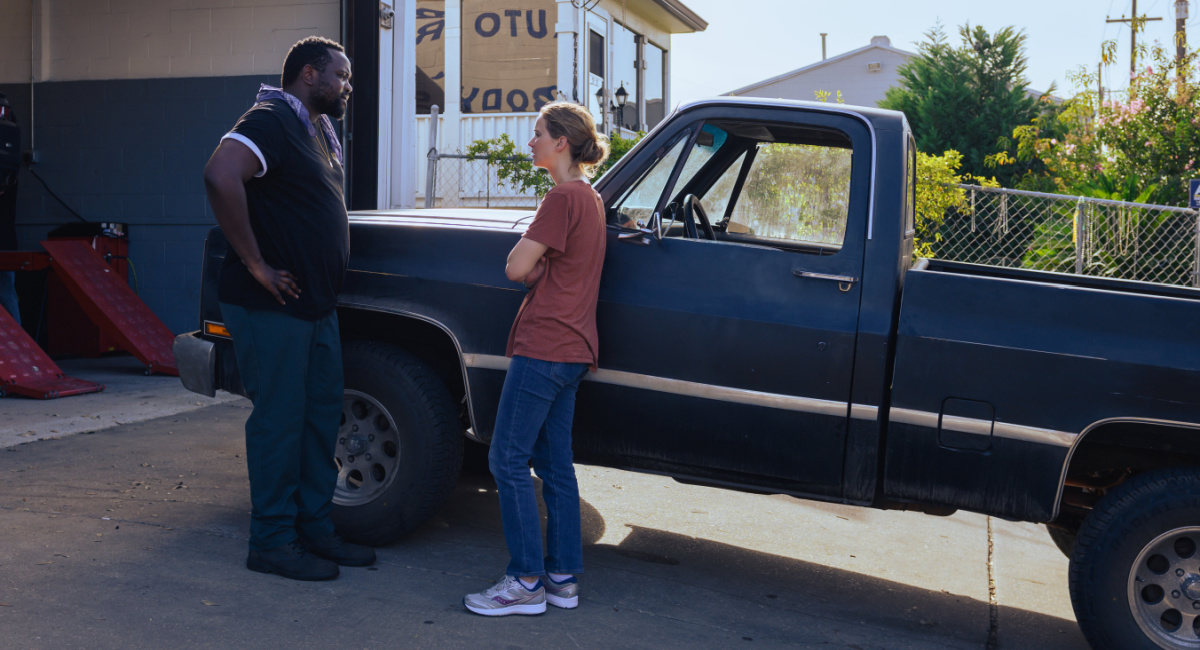 MF: As an actor, can you talk about the challenges of playing an amputee?

BTH: Well, most amputees live their lives of rehabilitation trying to remain the same way they were before they were an amputee. So, I didn’t want there to be a huge movement of James always being uncomfortable walking, because that’s not how he wanted to be treated either.

So, what I really wanted to discover was what it was like for him to mask it more than to showcase it? What does it look like for someone to try to move like that? Because I think most of the times when we suffer great tragedies, we do this huge thing of trying to mask it and cover it. We don’t want the scars to show. I think that that’s where the truth shines through the most, is that you can see through that.

So, for me, I wanted to just make sure that James felt like he was standing on his own two feet. That he felt like he was the same person he was before he suffered that tragedy, so I really leaned into that. Now, when it came to removing the prosthetic and moving about with that, I did talk to a few people. I talked to a few amputees to make sure that I knew that I was putting the sleeve on the right way and things like that. But I think in essence, truly, it was about him moving in a normal way.

MF: Finally, can you talk about Lynsey and James’ relationship, why they gravitate towards each other and what it was like working with Jennifer Lawrence?

BTH: Well, there’s a thing called trauma bonding that’s been very common, especially after everything we had gone through in 2020. There’s a thing that we started relating to each other in a way of comparing traumas. It was this thing of really linking to somebody, this weird codependency that we created in our relationships through trauma. You see that in a big way in this movie between James and Lynsey, but what we also wanted to show is what the other side of that looks like. Because we didn’t want to just show the one side of these two characters steeped in their trauma, and that’s all it is.

We really wanted there to be a showcase of a connection and hope of what could be on the other side, which is an actual friendship. That was a part of a lot of the conversations that Jennifer and I had, because we realized that our connection was growing a lot in between takes. We realized that the sinew of what the movie was, was based on how we were connecting with one another, how we called each other out on our stuff, how we talked about all, it was about us. So, we discovered that, that is in essence what we wanted to see between James and Lynsey as well. 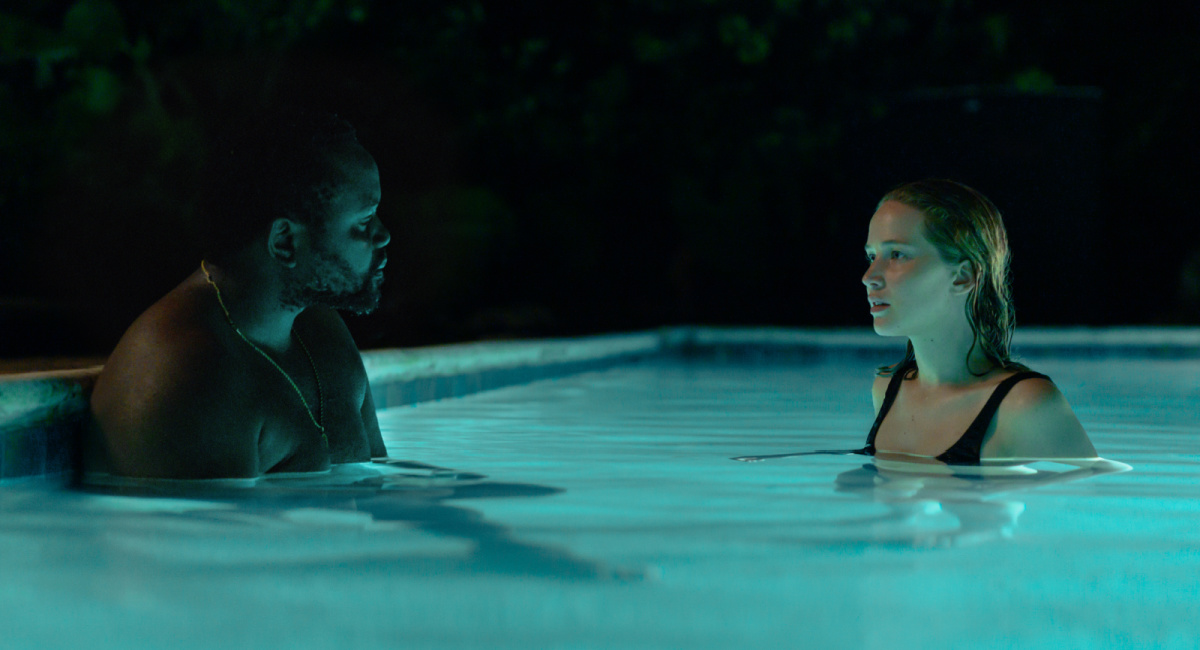 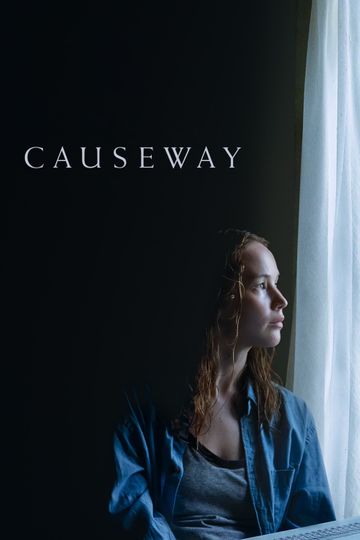