In videogame time, 40 years is an immense span. It’s like going back to the Big Bang, or at least to a long-ago time when Pong was king. Very few game franchises live for four decades. One of them is Microsoft Flight Simulator. MSFS just celebrated 40 years of armchair flying with a big blowout at the Evergreen Aviation and Space Museum in McMinnville, Oregon, home to the Spruce Goose. Three members of the Asobo development team shared not just their pride in the game, but what’s shiny and new in the Anniversary Edition. Turns out, quite a lot.

Flight Simulator appeared in 1982. It was — seen in hindsight — a primitive depiction of flight. with slideshow framerates and images that were barely discernable planes and scenery. It wasn’t until the late 1990s and early 2000s that the sim began to become significantly more realistic, and every iteration since updates the graphics, physics, aircraft, and maps. The 2020 reboot by French developer Asobo was a major leap forward, with a satellite-mapped version of the entire globe and real-time weather. In part thanks to its outstanding visuals and lifelike physics, and millions of people confined to their homes by the pandemic, the game became incredibly popular. Monthly content updates followed. Bringing the game to Xbox Series X/S consoles opened up the world of Flight Simulator to a truly global audience. VR support added another element of immersion. For many simmers, VR is the way to play.

The 40th Anniversary event began with an impressive overview of how MSFS changed and developed. It was followed by some hands-on time, complete with an impressive array of Honeycomb flight controls. The day wrapped up with a tour of the Evergreen Aviation and Space Museum. One of the world’s largest collections, it features a wide array of historic civil and military aircraft.

While the Anniversary celebration was inspiring fun, what’s really important is what’s new in the free update. It’s undeniable that Microsoft, Asobo, and its partner studios went all out. There are technical improvements to just about everything. New handcrafted airports — including some nostalgic favorites — and new missions are part of the update. There are also beloved missions from older editions. For many players, the stars of the show are the new helicopters and gliders. Asobo indicated that they were the most requested types of aircraft by fans of the sim. While there are third-party helicopters available in the game’s store, they don’t take advantage of the latest wind and weather physics modeling.

The 2020 version of Flight Simulator has real-time weather, but the team at Asobo focused on realistically modeling air and thermal currents from the surface up. Understanding the way air moves and the impact of temperature is key to piloting either a helicopter or, especially, a glider. The update makes airflow and thermals visible via a toggle. It’s fascinating to watch the air move across various surfaces, changing patterns and direction. To the uninitiated, piloting a glider might seem easy. It’s anything but simple. Once released from the tow plane, pilots are left to their skill in finding currents and knowing how and when to release ballast. Asobo understands the challenge and pairs the gilder with helpful tutorials. 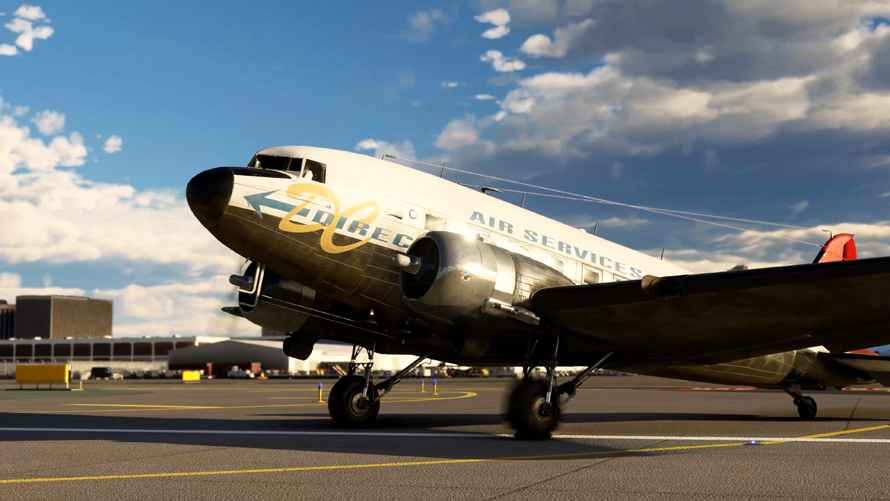 Most of the new aircraft in the 40th Anniversary Edition are, fittingly, historic. They include the Wright Flyer, the Spirit of St Louis, the Douglas DC-3, and the Hughes H-4 Hercules (Spruce Goose) just to highlight a few. When it comes to hyper-realism, the update includes a “True to Life” aircraft, the Airbus A310. As Jorg Neumann, head of Microsoft’s Flight Simulator team explains it, nearly every single button works just as expected on the real aircraft. Because this can be an intimidating proposition, there are several tutorial walkthroughs on YouTube.

All of the new aircraft are fun to fly and each is a unique and joyous good time. The Wright Flyer is essentially a glider, for example. Flying the massive Spruce Goose is an experience that only happened once in the real world, allowing armchair pilots to go where only one small team has gone before. 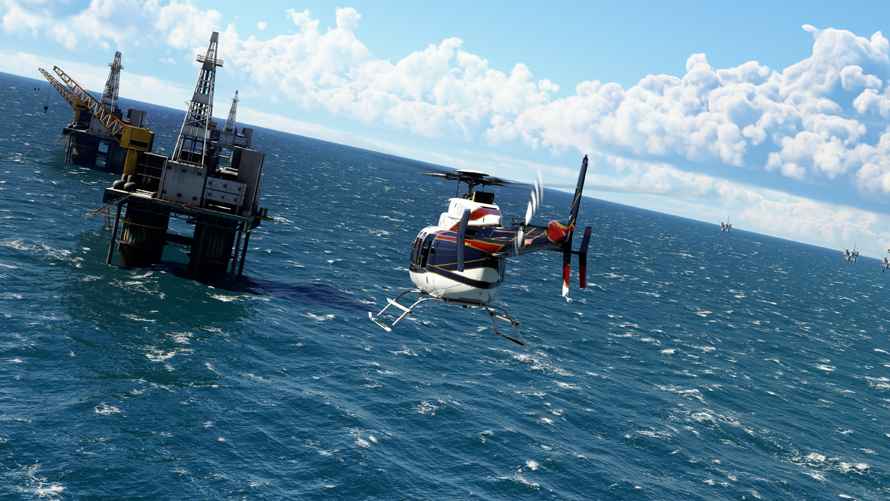 For the 40th Anniversary, some airports were added that no longer exist in the real world. This brings up the subject of digital preservation and how Flight Simulator allows players to go back in time. Climate change is re-making parts of the globe and weather patterns are dramatically altered. At some point, simulations like Flight Simulator may be the only way to experience the planet as it once was.

While there is a thriving add-on and aftermarket community focused on Flight Simulator, the base game is massive, and incredibly well supported by new free content and constant updates. It’s probably impossible to find a development team more passionate or technically astute than the team at Asobo. They’re an inspiring group of folks to listen to. They love the mystery and magic of flight, and they do an outstanding job of translating their passion into this still-thriving, evolving, and amazing product.

Thank you for keeping it locked on COGconnected.