Opening in theaters on November 23rd is the new biographical war drama ‘Devotion,’ which was directed by J.D. Dillard (‘Sweetheart’).

Based on the true story of U.S. Navy fighter pilot Jesse Brown (Jonathan Majors), the film follows his friend friendship with Tom Hunder (Glen Powell) and their role in the Korean War.

Moviefone recently had the pleasure of speaking with Jonathan Majors and Glen Powell about their work on ‘Devotion,’ why as a producer Powell wanted to make the film, and the responsibility Majors felt playing Jesse Brown and bringing his story to the big screen. 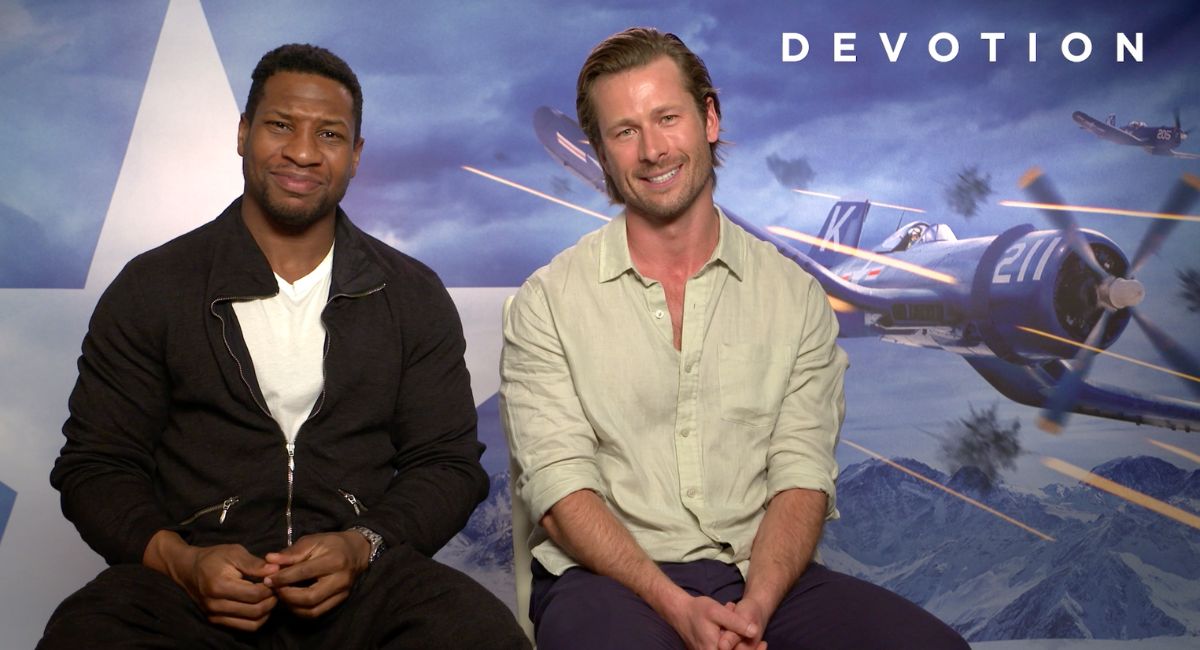 Moviefone: To begin with, Glen, as a producer, what moved you about Jesse Brown’s true story and why did you think it was important to bring it to the big screen?

Glen Powell: Adam Makos wrote just an incredible book that not a lot of people had read. At the time, it was a not a very well-known book. Then I just saw a beautiful and complicated relationship between two guys that came from different places that were trying to understand each other. What I loved about it was it wasn’t simplified.

There’s been stories of white and Black on different sides, achieving different things, and they simplify these things. It’s always so disheartening to see how Hollywood can try to, I don’t know, I would say profit off of the simplification of what I consider a very nuance and important subject to get right. Because the truth can move and the truth can change.

MF: Finally, Jonathan, can you talk about your approach to playing Jesse Brown and if you felt a certain responsibility to his family and his legacy while playing this role?

Jonathan Majors: Getting something right, very much to my brother’s point before, there’s one door in, and you hit it. If you get something truthful, there’s multiple doors in and everyone can get into the room. From soup to nuts, when it was brought to me, when we had our conversation, it felt to me that we were going to get it right via the truth.

That was something I really took on, that was in the culture of making the film from the very beginning, from its conception. So playing Jesse, I knew that was something that I wanted to execute. It’s something that I had to use all my faculties and enlist help in order to get information about who this man was. We had a beautiful Zoom set up by the producers and our director with the family early on.

I’ll be brief, I remember them telling all these stories about Jesse and we’re laughing, and we’re crying. I remember one of the producers saying, “Well, the film’s only so long and we can’t get all that in.” I interrupted and I said, “No, we can. I’m promising you that I will do my damnedest to get everything you just said into this film.”

Because what they were expressing in their stories wasn’t the actions or plot, but was a feeling and was a certain spirit of this man. That was my touchstone. That Zoom with maybe 10 to 15 members of his immediate family, that’s the touchstone.

That’s what I’m going to try to do in addition to all the research and the flight training. So, because of that, it’s not just me and my aspirations to tell a great story that I’m trying to live up to. I have the responsibility of those 10 to 15 individuals with various last names, but all from the lineage of Jesse Brown in my psyche, and in my mind that I’m trying to just get that approval from.

So, there’s two ways to look at it. Some people can look at that as pressure. I looked at it as support. So, I have all these people helping me push this plane into the sky along with my brother Glen and everyone else. 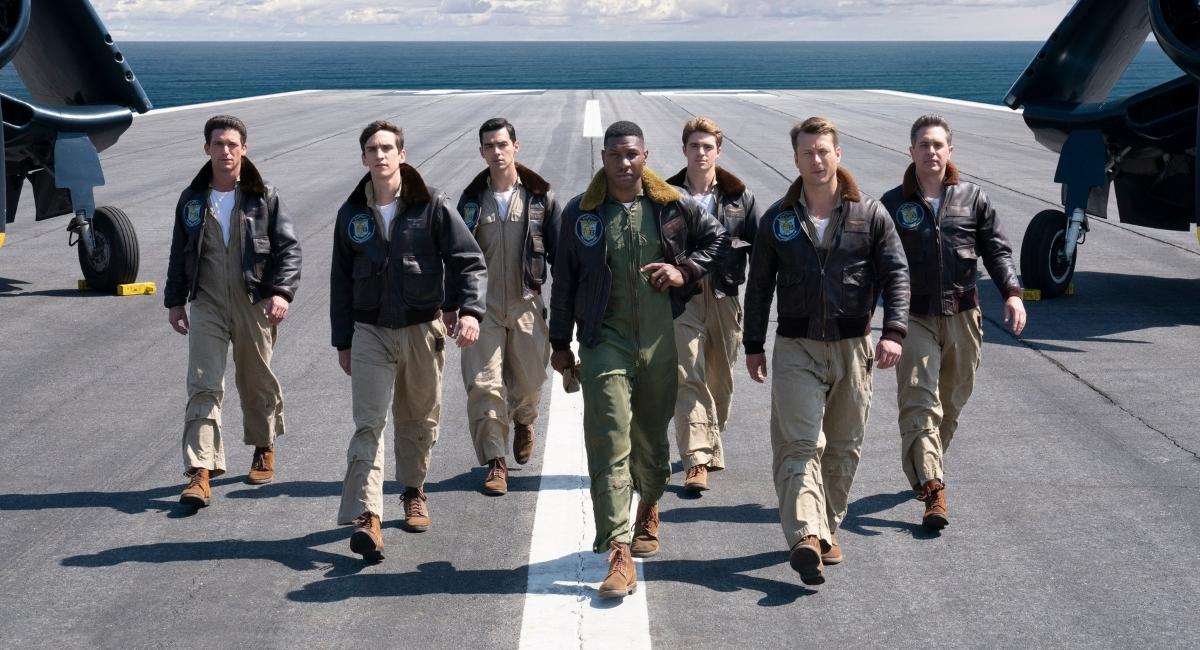 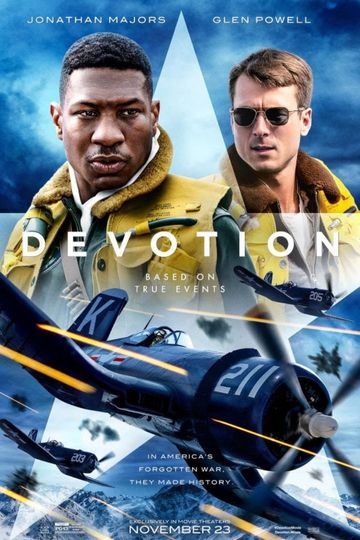 “In America’s forgotten war, they made history.”

Devotion, an aerial war epic based on the bestselling book of the same name, tells the harrowing true story of two elite US Navy fighter pilots during the Korean… Read the Plot