(L to R) Jeff Anderson as Randal and Brian O’Halloran as Dante in ‘Clerks III.’ Photo Credit: Courtesy of Lionsgate.

Releasing in theaters this week, Kevin Smith’s return to his “View Askewniverse” (named for his View Askew production label) with ‘Clerks III’ finds the filmmaker in thoughtful, nostalgic mood.

Much as he did with his last visit to the world kicked off with ‘Clerks’ in 1994 – that would be 2019’s ‘Jay and Silent Bob Reboot’ – this is Smith taking stock of his output.

And even more directly than ‘Reboot’, ‘Clerks III’ serves as the director turning the clock back to where it all began, the Quick Stop convenience store at which he made the original ‘Clerks’ and a full return for the characters who populate it. His trademark mix of pop cultural references and sex jokes is present and correct, but this time he also leavens with a healthy mix of heart… in more ways than one.

‘Clerks III’ catches up with Dante Hicks (Brian O’Halloran) and Randal Graves (Jeff Anderson), the counter jockeys we first met way back when. Following a brief diversion to the fast food trade (in 2006’s ‘Clerks II’) They’re once more at the Quick Stop, still complaining about the customers, but this time co-owning and running the place. 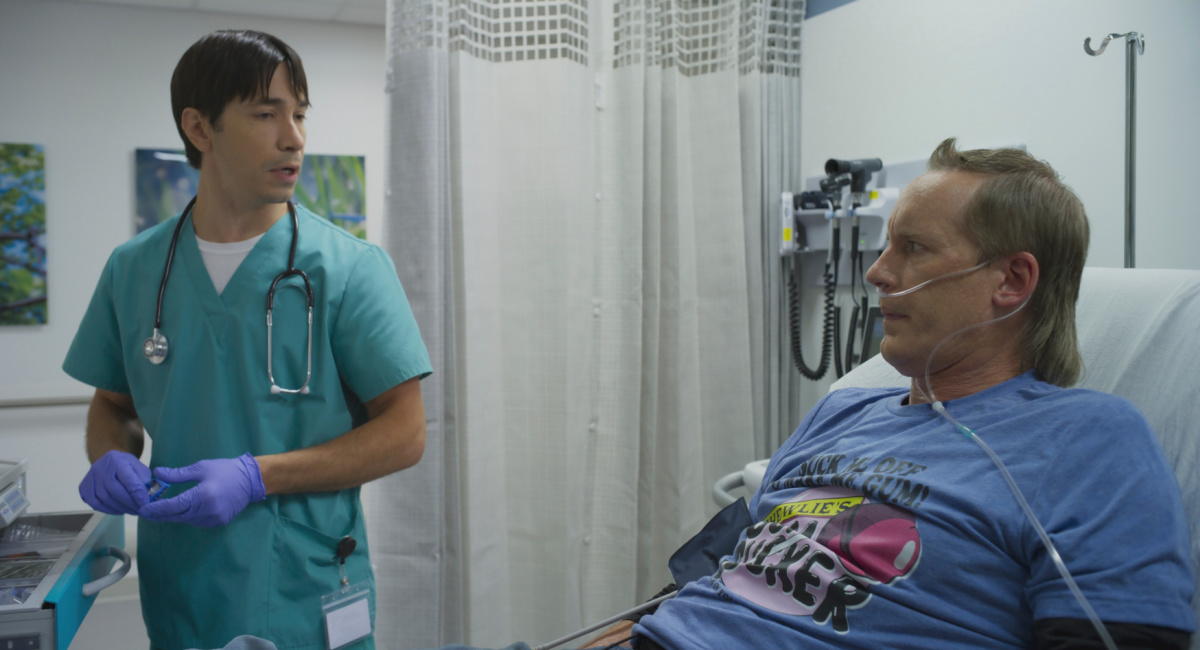 Our heroes are much as we remember them – Dante is still overworked and under satisfied, while Randal remains more confident but lazier. Yet in the middle of a one of his usual rants, Randal keels over, finding it hard to breathe. Turns out he’s in the middle of what is known as a “Widowmaker” heart attack (Smith here drawing from his own life and his own 2018 heart incident, which has led to a resurgence in his filmmaking career).

When he recovers, he’s grateful, at least as much as Randal can be, and decides that his legacy will be a movie made within the environs of the store, featuring customers as characters. Which means he’s essentially recreating ‘Clerks’. It’s an inspired plot turn and leads to some of the strongest humor of the movie.

It allows Smith to revisit his work through the lens (literally) of the filmmaker he has become in the 28 years since he maxed out his credit cards and shot that little black & white movie that would play at the Sundance Film Festival and launch his career.

Though he’s obviously learned a lot through the film and TV he’s made since then, Smith keeps the aesthetic of the original (with monochrome for the movie-within-the-movie). And while detractors point to his lack of visual polish, the stark style works for a return to the convenience store. 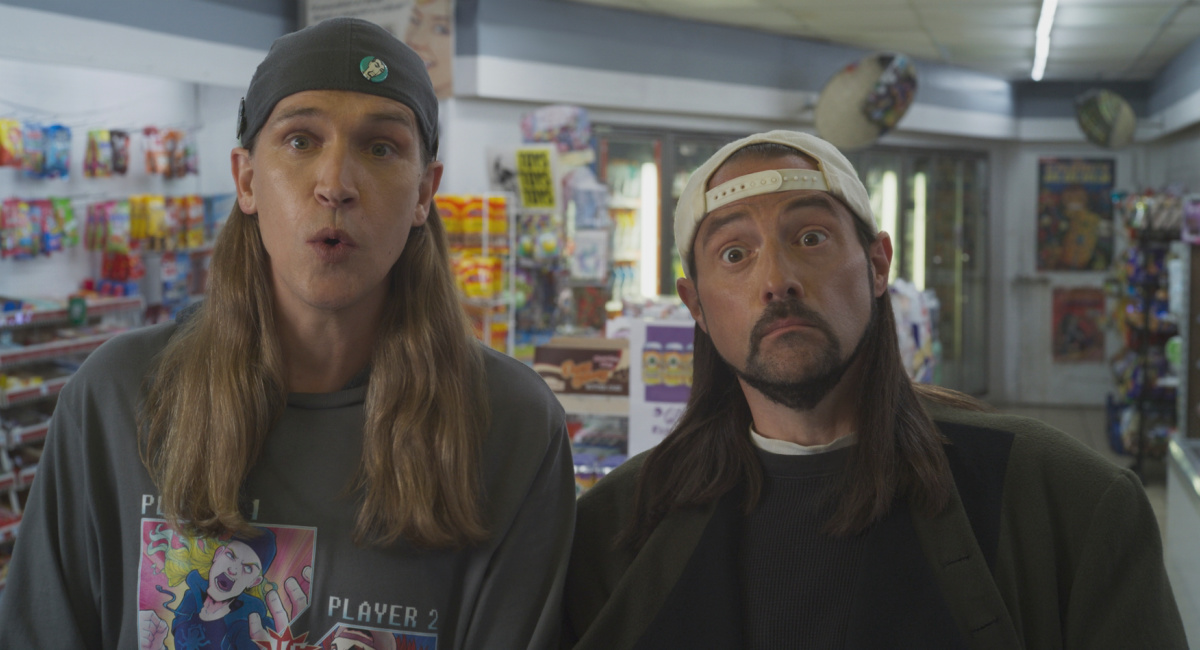 Also still hanging around are Smith stalwarts Jay (Jason Mewes) and Silent Bob (the director himself, as always), the local drug dealers who have upgraded from slinging weed outside the next door video store to taking it over for a legal dispensary now video retailers have all but gone the way of the dinosaur.

Though Jay and Bob here are a largely one-joke concept (Jay’s a filthy motormouth, Bob only talks when he has a good point to make), Smith has made strides in expanding their characters, and it really wouldn’t be ‘Clerks’ without them.

Yet while it’s enjoyable to catch up with most of the characters, Trevor Fehrman’s Elias from ‘Clerks II’ is unnecessarily squeezed back in with the original gang. It’s no fault of Ferhman, who is committed to the role, but he’s burdened with a ludicrous subplot about rejecting his fervent Christianity after Randal’s heart attack and become an even more devout Satanist. It’s a step removed from the rest of the film and is uncomfortably unfunny.

Likewise some others who crop up, albeit briefly, during Randal’s hospital stay and are surprisingly less effective even though they’re played by reliable performers including Amy Sedaris and Justin Long. 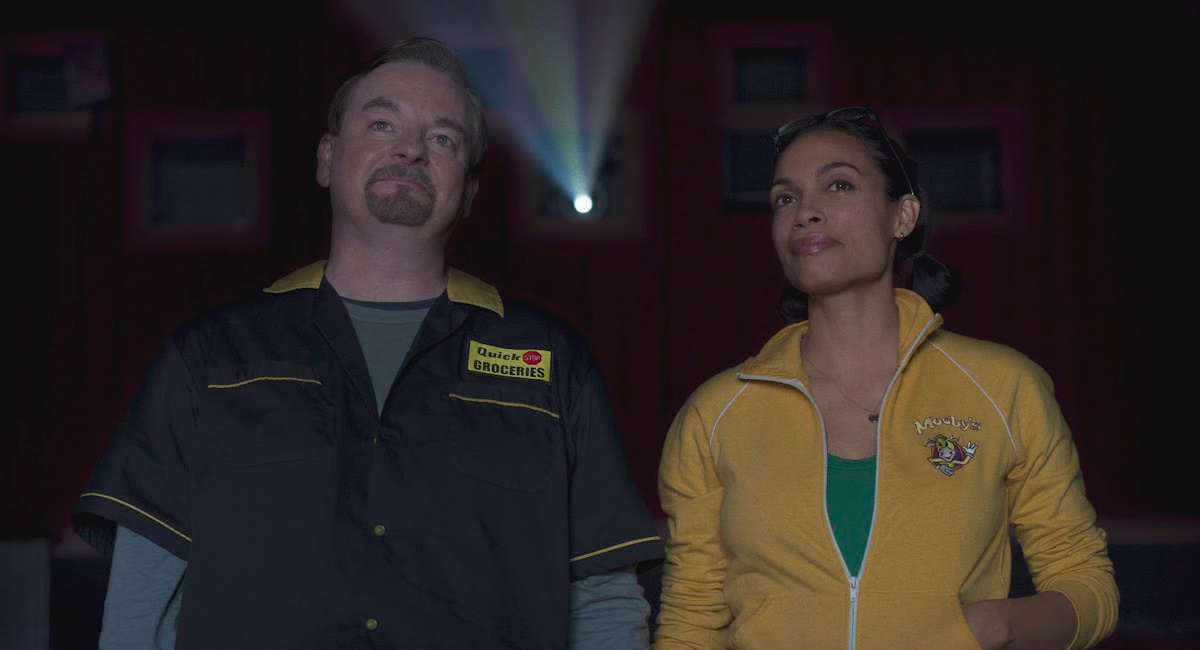 (L to R) Brian O’Halloran as Dante and Rosario Dawson as Becky in ‘Clerks III.’ Photo Credit: Courtesy of Lionsgate.

The movie is at its strongest when it stays within the store environs, focusing on Dante, Randall and the others, touching on plot points from both ‘Clerks’ and ‘Clerks II’, the latter featuring a heartbreaking update on one of the best parts of that first sequel. It will certainly turn some off the movie, but it works as an emotional throughline and offers O’Halloran more layers to play than simple exasperation.

Those who haven’t watched most of Smith’s work or heard one of his lengthy Q&As will be baffled by all of this, unmoved by the collection of cameos and call-backs, but if we’re truly honest, starting your dive into the Kevin Smith oeuvre with a movie called ‘Clerks III’ is a losing proposition to begin with.

Diehard fans, though, will likely be thrilled, lapping up the references to the Salsa Shark scene (a recreation of which sparks possibly the best, angriest monologue Smith has ever written, and delivered with show-stopping force by O’Halloran), roof hockey, characters we haven’t seen since the original film and funny digs at the director’s own style.

And while a scene featuring “local actors” auditioning for roles in the film begins to stretch the boundaries of self-indulgent (the likes of Ben Affleck, Ethan Suplee, Melissa Benoist and Chris Wood are among those showing up), it’s a minor part of the movie and offers enough chuckles to justify its existence.

And more than even ‘Clerks II’, the third movie can be described as hurdling over the bar of worthwhile filmmaking, Smith’s brush with death giving this a depth that a planned previous attempt would likely have lacked. Plus, the writer/director can still spin a yarn and find funny turns of phrase. ‘Clerks III’ is a welcome return to a world that many first visited in their teens and early adulthood, and while its appeal will primarily be to those whose walls were graced by ‘Clerks’ posters, it’s not simply retreading old ground but reframing it. 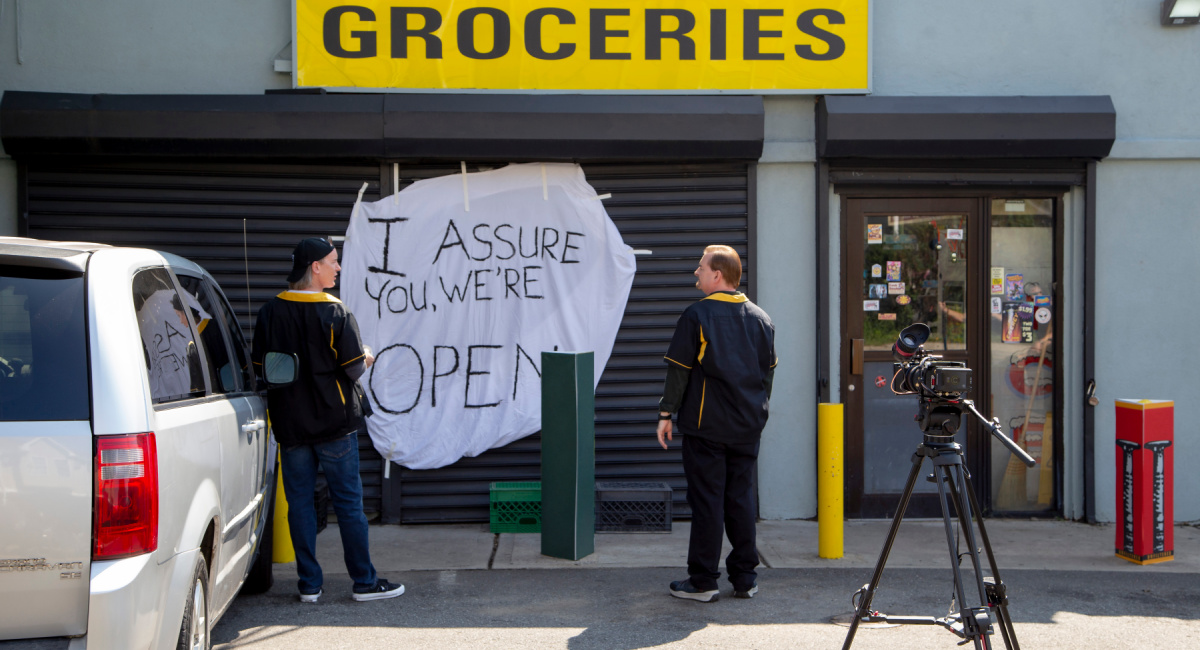 (L to R) Jeff Anderson as Randal and Brian O’Halloran as Dante in ‘Clerks III.’ Photo Credit: Courtesy of Lionsgate. 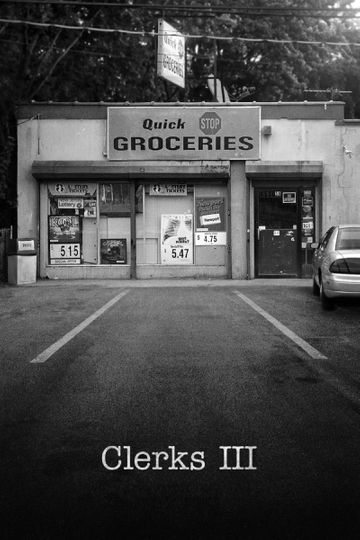