Golf fans, rejoice! PGA Tour 2K23 is shaping up to be the best-damned golf game to grace the links in years. Even though my recent hands-on preview with HB Studios’ latest effort was a mere 24 hours, it was plenty to get this golf fan stoked for its October 14th release date. And while I love the improvements to the visuals, career mode, and roster, the real reason I’m so excited for launch day is what many would agree is most important. Simply put, the golf feels excellent.

So much of what makes PGA Tour 2K23’s gameplay as entertaining as it can be boils down to its ability to authentically recreate the feeling of perfectly striking a golf ball. Players of Sony San Diego’s MLB The Show franchise know all too well the unbelievably satisfying crack that roars throughout a stadium when you perfectly align bat with ball. PGA Tour 2K23 does a tremendous job of mimicking golf’s version of this. Flawlessly swinging a club and hitting the ball dead-center rewards the player with a true-to-life follow-through that looks as good as it feels. Now I’m addicted and can’t wait to get back out there to continue honing my approach.

Your Golf, Your Way

Of course, I didn’t have much time to wade through PGA Tour 2K23’s career mode thoroughly, but from what I did manage to see, progression seems to be more RPG-based than ever before. Players can now set their created golfers on specific career archetypes, allowing avatar customization for which golf fans have been waiting a long time. Want to build a young, accurate hot shot like Rickie Fowler? Done. How about a monstrous powerhouse that drinks 25 Diet Cokes a day and mashes 300-yard drives like John Daly? No problem (except for the Diet Coke part). All the while, you’ll be earning experience and cash to unlock abilities, skills, clubs, balls, and much more.

Speaking of Rickie Fowler and John Daly, this year’s roster is seeing a significant upgrade from PGA Tour 2K21. Unfortunately, we won’t see The Lion grace the lineup this October, but Fowler, Justin Rose, Tony Finau, and Tiger Woods are just the tip of the iceberg. And for golf fans that found themselves perplexed at the inability to actually play as the real-life pros in 2K21, fear not, because this time around, everyone from Justin Thomas to Michael Jordan (yes, THAT Michael Jordan) will be usable. 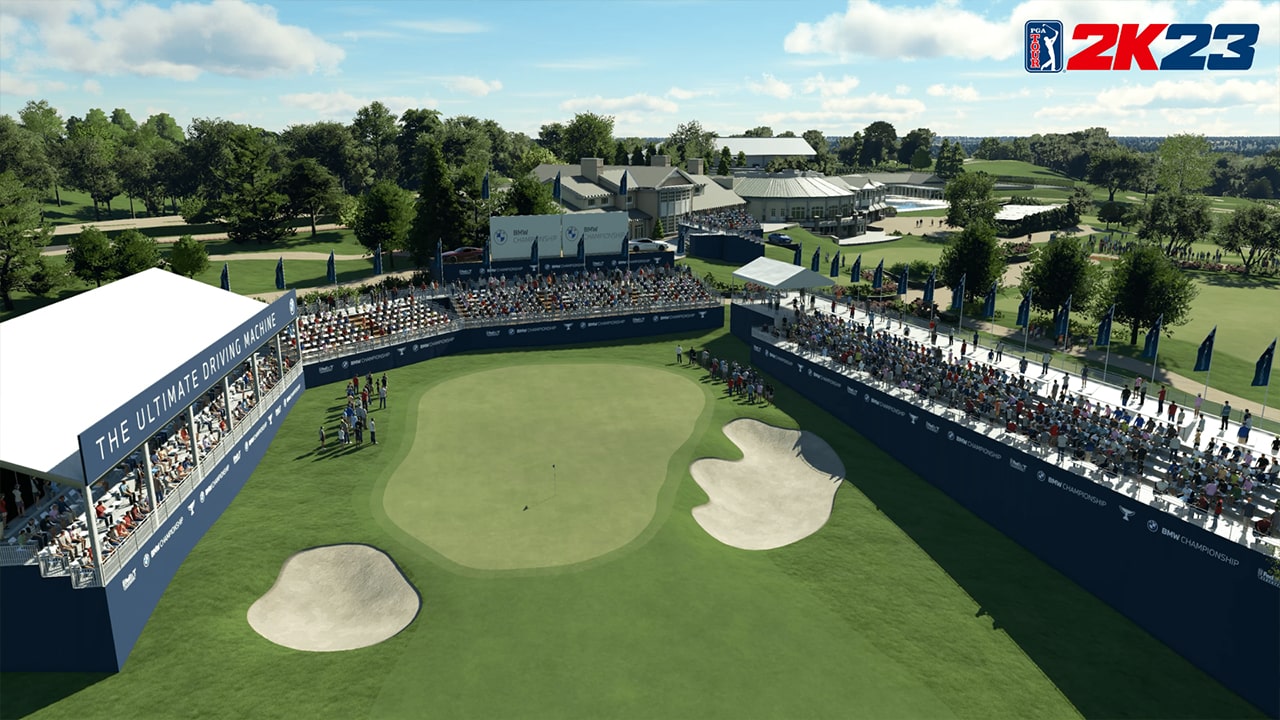 I can’t iterate enough that my time with PGA Tour 2K23 was brief. But, I’d be remiss if I didn’t let you know that PGA Tour 2K23 has me more excited for simulation golf than any attempt in the last decade. Easily. It remains to be seen if HB Studios can deliver the hole-in-one golf fans have been craving, but it’s hard to imagine this will be anything less than the best golf game we’ve seen in a long time.

Dr. Bob Rotella said that golf is about how well you accept, respond to, and score with your misses, much more so than it is a game of your perfect shots. It feels like this team of developers designed PGA Tour 2K23 with that quote in big, bold letters above the office so everyone could remind themselves of that. And I love it.

***Preview code provided by the publisher***