For years, fans have been clamoring for an open-world Pokémon game. Game Freak has experimented with this notion, with varying success, in its last two releases. Sword and Shield included Wild Areas where you stumble across a myriad of creatures, however, its implementation was jarring due to the regions being isolated. Arceus withdrew these restrictions allowing you to venture freely. Even though it encompasses the philosophies enthusiasts craved, the removal of conventions of the franchise created an unfocused adventure. Pokémon Scarlet and Violet aims to be a true reflection of the series in an open-world format but will it manage to incorporate its many elements into one complete experience?

In typical fashion, you take control of a young kid whose aim is to be the very best Pokémon trainer. In order to earn the prestigious title, you must complete three objectives: earn the gym badges, take down members of Team Star and defeat the legendary titans. After a short stint in school, you have the option to explore and tackle any mission you choose. The freedom you gain is refreshing. With the legendary Pokémon that you rescue, you can race and glide your way through the expansive environment in search of cute critters in a wonderful journey that breathes new life into a familiar formula.

Your Pokémon is Evolving

Paldea is vast with varied terrain, but at the center lies the Naranja Academy. As a student here, you can take several classes to learn about the nuances of the game that newcomers may not be aware of. If you take part in all the classes and complete both the midterm and final exams, you will receive plenty of EXP items to help you quickly level up your party. While the idea of attending school to gain further knowledge about Pokémon is a great concept, its implementation is basic. The Academy lacks variety in terms of gameplay and feels more like a tutorial hub rather than a location to develop the lore of the universe.

Gyms are a cornerstone of the franchise. Although you can tackle them in any order, their levels are set and do not scale with yours. Due to this, you can stumble across extremely tough opponents which is a thrill but also be massively over-leveled at other points. Game Freak mixes up the pre-tasks to make each gym feel unique. These are often fun objectives such as pushing around giant olives, playing hide and seek and much more. Even though it does alter expectations, the build-up to the boss is absent as tasks feel separate and disconnected from the gym leader.

Battles take place in the environment rather than in a different arena. This merges encounters with adventuring to create a seamless experience. The new auto-battle mode dubbed ‘Let’s Play’ is a game-changer. You no longer need to grind for evolutions, as you can simply allow your Pokémon to wander the landscape to fight others and collect items. Although this method gains less XP, it’s a much faster and less monotonous way to level up your party.

Another new feature is the ability to Terastallize your Pokémon during battles. Doing this increases certain skills and can even alter your critters type. This adds a nice twist to contests and means you have to broaden your team to ensure you can inflict damage to a range of enemy types. Gym leaders, titans and Team Star matchups tend to include Terastallization which makes battles a little more challenging and adds drama to the final stages. 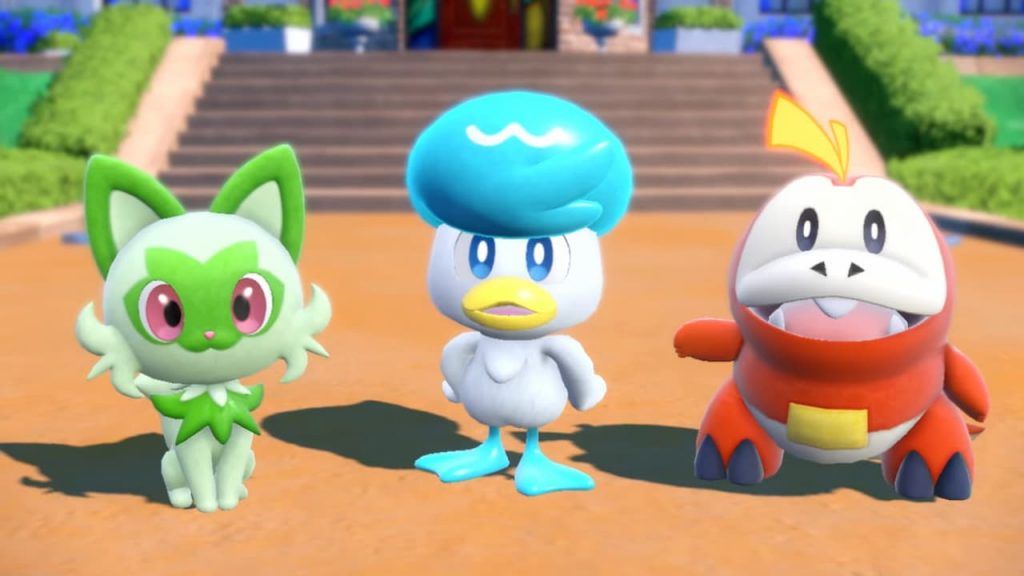 Although not everyone breeds Pokémon, it has been part of the franchise since 1999. Violet and Scarlet does away with Daycare Centers for picnics. You can simply set up in the wild and play with your cute creatures. Eggs quickly appear in your basket and then you can start the procedure to hatch them. While it is a little cringy, it does refine the process to make it easy to get the Pokémon you want.

For the first time in the series, you can also wander the wonderful world of Paldea with up to 3 friends. Through the PokéPortal, you are able to link up with pals and explore for Pokémon. In addition, you can also participate in Tera Raids, which will have you face difficult Terastallized foes in epic cooperative encounters. Staples also return with trades and battles which help make this the best online experience in the franchise.

Even though Game Freak manages to deliver on a number of aspects, performance issues hamper the adventure. Pop-ins are common with the scenery and characters regularly appearing out of nowhere. Due to this, surveying the horizon for new Pokémon isn’t as thrilling as it should be. Anything in the distance also animates at a jarring rate. The rotation of Windmills and the stride of characters stutter until you get in close proximity. Strangely, the detail on the clothing of key characters differs greatly compared to their shadows. You can see the stitching and varying materials on their attire which contrasts with the pixelated blob that resides beneath. This, along with fluctuating lighting, inconsistent frame rates and screen tearing stifles the enjoyment. 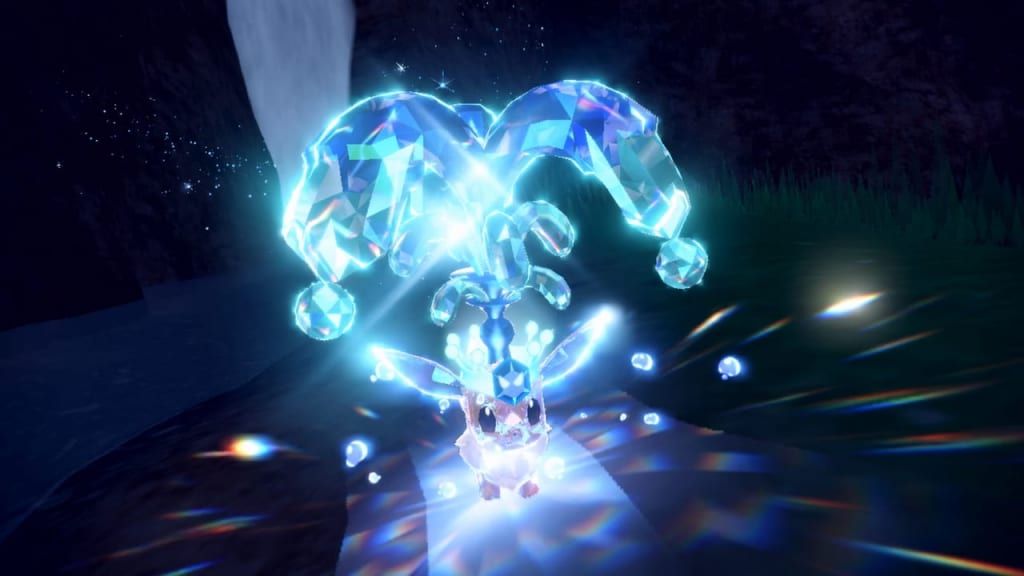 Pokémon Scarlet and Violet is a step in the right direction. Game Freak successfully reimagines the formula in an open-world format and improves on its previous experiments with this design. The ability to tackle any gym is refreshing and the three distinct story paths give more reason to explore. Unfortunately, the number of performance issues cannot be overlooked and these hinder what could have been a highlight of the series.

***A Nintendo Switch code was provided by the publisher***