The Legend of Heroes: Trails from Zero Review

Describing The Legend of Heroes: Trails from Zero is difficult, to say the least. It’s the 10th game in The Legend of Heroes franchise and the 4th main game in the Trails subseries. As a result, it picks up right in the middle of the action… sort of. This title is largely self-contained, but it takes place in the aftermath of the Trails in the Sky games. And playing it and its sequel, Trails to Azure, is recommended to make the Trails of Cold Steel quartet make sense. It focuses on the city-state of Crossbell, which is stuck between two great powers. The Erebonian Empire and the Calvard Republic both claim sovereignty over Crossbell. This friction leads to a rise in corruption, organized crime, and political tension, transforming the city into a powderkeg.

Enter our hero. Protagonist Lloyd Bannings returns to Crossbell to join the police department. He’s assigned to the brand-new Special Support Section with three other young oddballs: Elie MacDowell, Randy Orlando, and Tio Plato. Each has their own talents… and their own secrets. If they want to survive in these turbulent times, they’ll have to trust each other. Together, they may just be able to change the course of Crossbell’s future.

This game is a strange experience. It has all the elements I expect of a standard JRPG, but the decision to focus on one rapidly modernizing city completely changes the tone. Lloyd and his team spend as much time fighting gentrification, street gangs, and corruption as they do monsters and evil cults. The first major case they’re assigned involves stopping a brewing gang war. The result feels very grounded for a game where you also fight slime monsters in the city underground.

Trails from Zero to Hero

Have you ever wanted to play a police procedural in a JRPG? This game takes place in a world where technology is powered by magic and monsters lurk underneath clean, modern cities. The citizens of Crossbell have lost all faith in the police due to corruption and incompetence. Even worse, the Bracer Guild—the local adventurers’ union—has become the peoples’ champion. The SSS was made to try and steal the Bracer Guild’s popularity by carrying out requests from the people first.

In some ways, Trails from Zero may actually be more relevant now than it was 10 years ago. After all, we live in turbulent times right now. A police officer openly admitted that serving the community has never been the organization’s priority means something in this day and age. Gameplay-wise, it’s an interesting mix of standard JRPG and strategy RPG. Characters are able to move around the battlefield on their turn or be knocked around on enemy turns. If you’re too far away from a foe, you can’t attack them. Fortunately, the game automatically moves characters toward a chosen target if they’re too far. The ability to chain battles is interesting as well.

Some JRPGs take place in a sprawling world with very few, very simple cities. Trails from Zero takes place almost entirely in one city and pours all its energy into that. Crossbell City is full of personality and packed with sidestreets and interesting shops to explore. When stuff happens, everyone in town has something to say about it. My one complaint is that you can’t pet the cats.

Trails from Zero is a fantasy epic, but not the kind you may expect. The Trails series focuses on a series of events taking place across the continent of Zemuria. Each set of games takes place in a different part of Zemuria, following the spread of technological, cultural, and political revolutions. And it’s usually the player’s job to ensure that these revolutions stay metaphorical rather than literal. In the Crossbell games, players are tasked with restoring the people’s trust in law enforcement at a time when corruption runs rampant. This is a lot harder than simply killing a demon king. 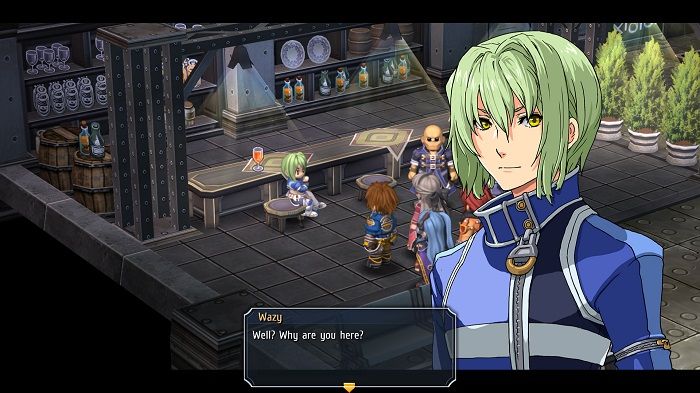 Trails from Zero was originally made for the PSP back in 2010 and it shows. Even though this version is based on the PS4 remaster, the character models are almost hilariously limited. All the cast’s expressiveness is conveyed through dialog, character portraits, and cartoony visual effects. Fortunately, the developers were well aware of these limitations, so they did everything possible to work around them. It doesn’t matter if the models look like they’re made of playdough when the anime character portraits are ever-present. Plus, the voice acting is solid enough to fill in any gaps. Unfortunately, it’s only available in Japanese.

There are 4 difficulty levels: Easy, Normal, Hard, and Nightmare. Easy is exactly what it sounds like—it’s basically impossible to lose a fight on this difficulty. Meanwhile, the game openly warns you that beating Nightmare on your first playthrough is probably going to be impossible. The metric ton of collectibles and missable content adds a ton of replay value, though. However…

There is so much worldbuilding in Trails from Zero. And it is constantly being shoved in your face. Within the first 10 minutes, I was informed about the state of Crossbell’s financial sector. Soon after, the game started talking about Zemurian Railroad Corporation bylaws. It’s clear that someone put a lot of thought into the setting, which is good, but the presentation is definitely an acquired taste. A lot of this information is mandatory to advance through the plot, yes. However, there’s even more packed into the game’s side quests and in-universe texts. 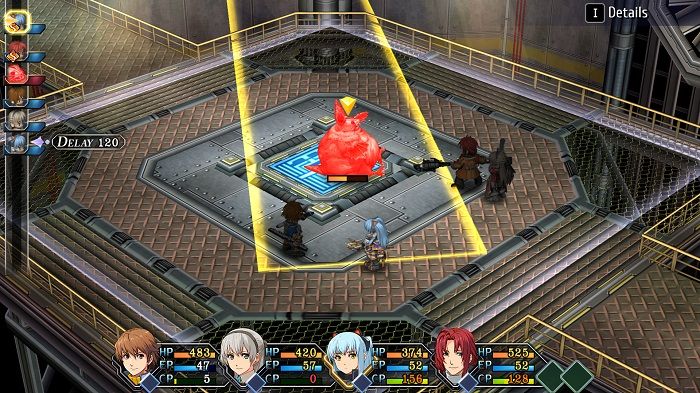 The game is also very heavy on cutscenes. I’ve played visual novels with more interactivity than the first half-hour of Trails from Zero. At times, it’s more like a playable worldbuilding lecture than an actual JRPG. If you thought Metal Gear overdid it with the cutscenes, then this is not the game for you.

That said, you can enter High-Speed Mode with the push of a button. In fact, it’s so easy I did it by accident. I am not complaining. High-Speed Mode is a lifesaver when the game launches into one of its many infodumps. Or when wandering around Crossbell. Or even when fighting, as long as the stakes aren’t too high. 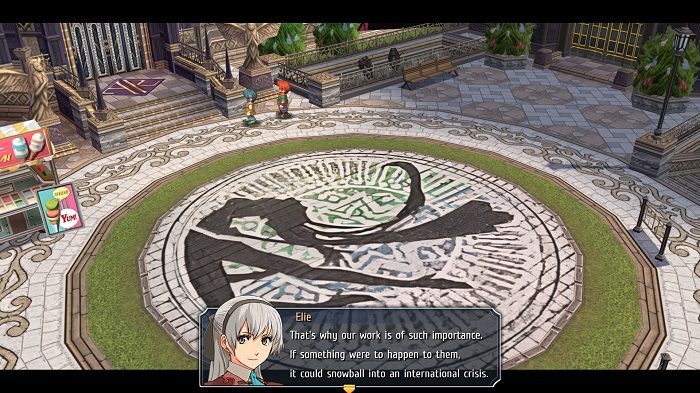 All in all, The Legend of Heroes: Trails from Zero is a unique experience. If you love worldbuilding, modernizing fantasy worlds, and urban fantasy, you should check it out. If you’re allergic to long cutscenes and extraneous infodumps, you should avoid it. Love it or hate it, Trails from Zero clearly knows what it is and what it’s doing. Now, if you’ll excuse me, I need to go buy all of Trails of Cold Steel so I can find out what happens in Zemuria next.

***PC code provided by the publisher***